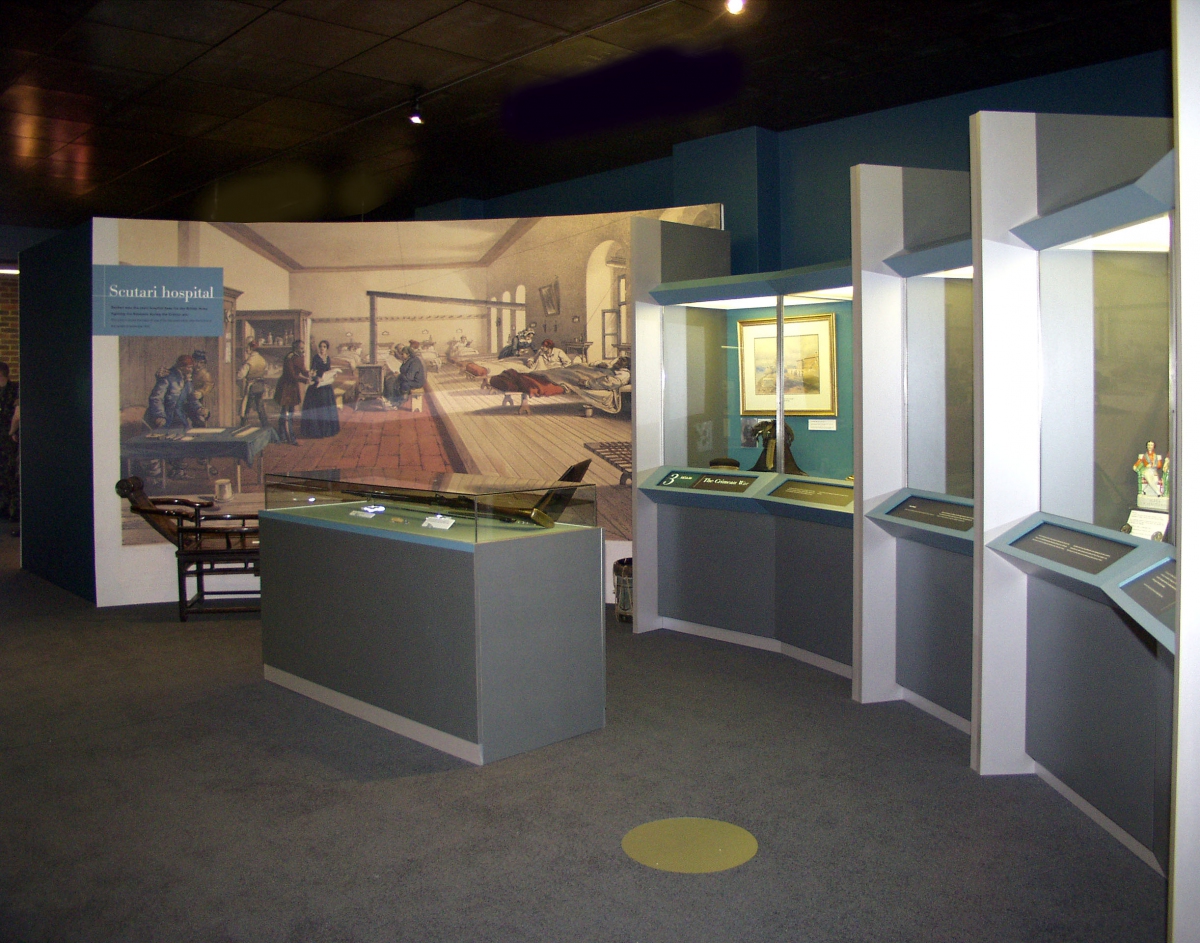 The original brief was to bring together the collections from the four corps – the Royal Army Medical Corps (RAMC), Royal Army Veterinary Corps (RAVC), Royal Army Dental Corps (RADC) and Queen Alexandra’s Royal Army Nursing Corps (QARANC) and to make it more accessible to the public.

The Museum has nearly 20,000 objects in its collections; these range from uniforms, medals, medical equipment, and personal artefacts associated with military medicine and nursing, both human and animal, as well as a large document and photograph archive that spans all four corps. Among some of the more unusual items in the Museum is the box of dental tools used by Napoleon’s dentist when in exile on St. Helena, a wooden model of a horse’s leg used as a teaching aid for farriers, the death mask of Rudolph Hess, and the training models for maxilla-facial surgeons. The original displays had evolved somewhat sporadically, so it was important to create a new setting for historical items. 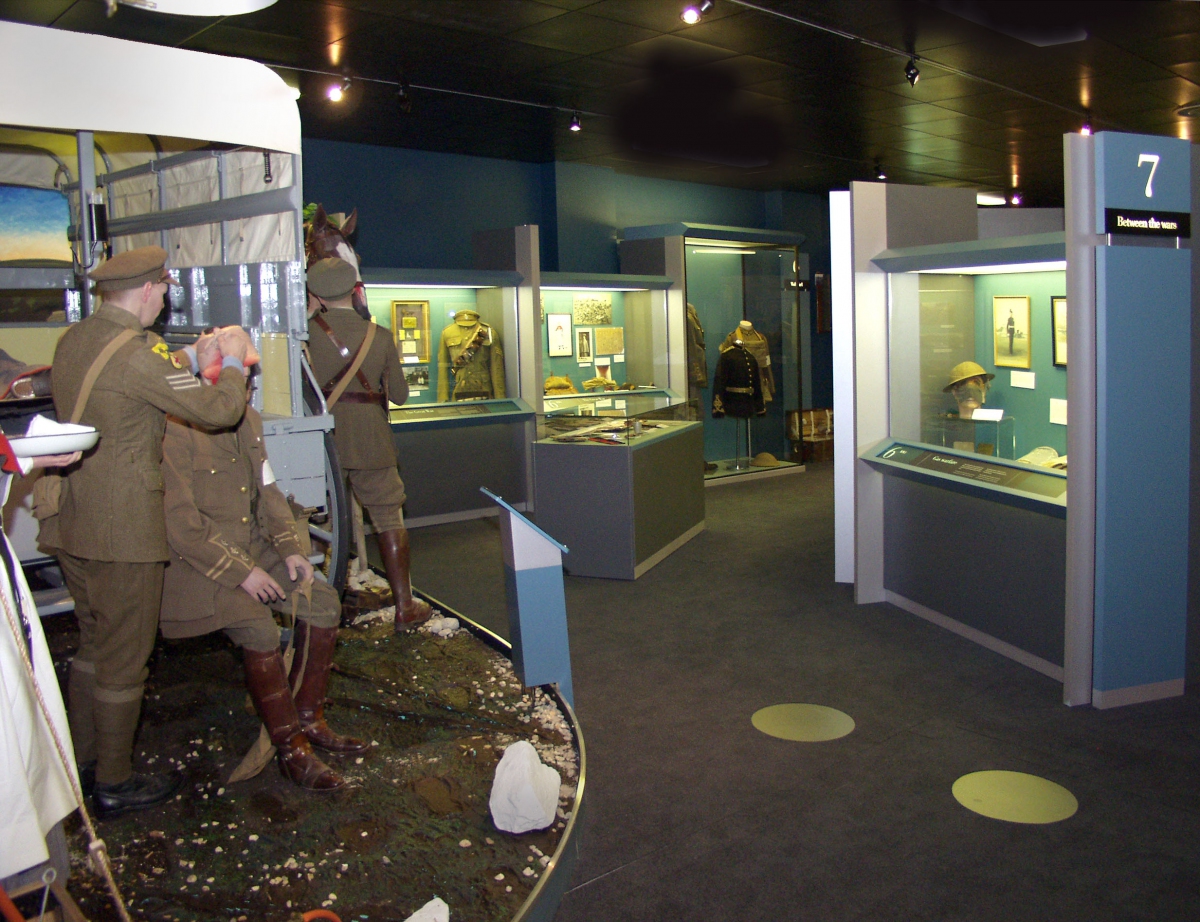 Following Lottery funding, Envisage were appointed as contractors to deliver the refurbishment and fit-out of the Museum of Military Medicine in Aldershot. Envisage collaborated with the design agencies ‘Project and Creative Eye’ to deliver a visitor experience that highlights the story of army medicine and healthcare of both humans and animals, from the English Civil War to the current day.

Based in the Keogh Barracks, Mytchett, Surrey, the original museum housed a varied collection of artefacts that had been accumulated through bequeathals and donations from people or their families connected to the corps. Other artefacts were housed off site at other locations. 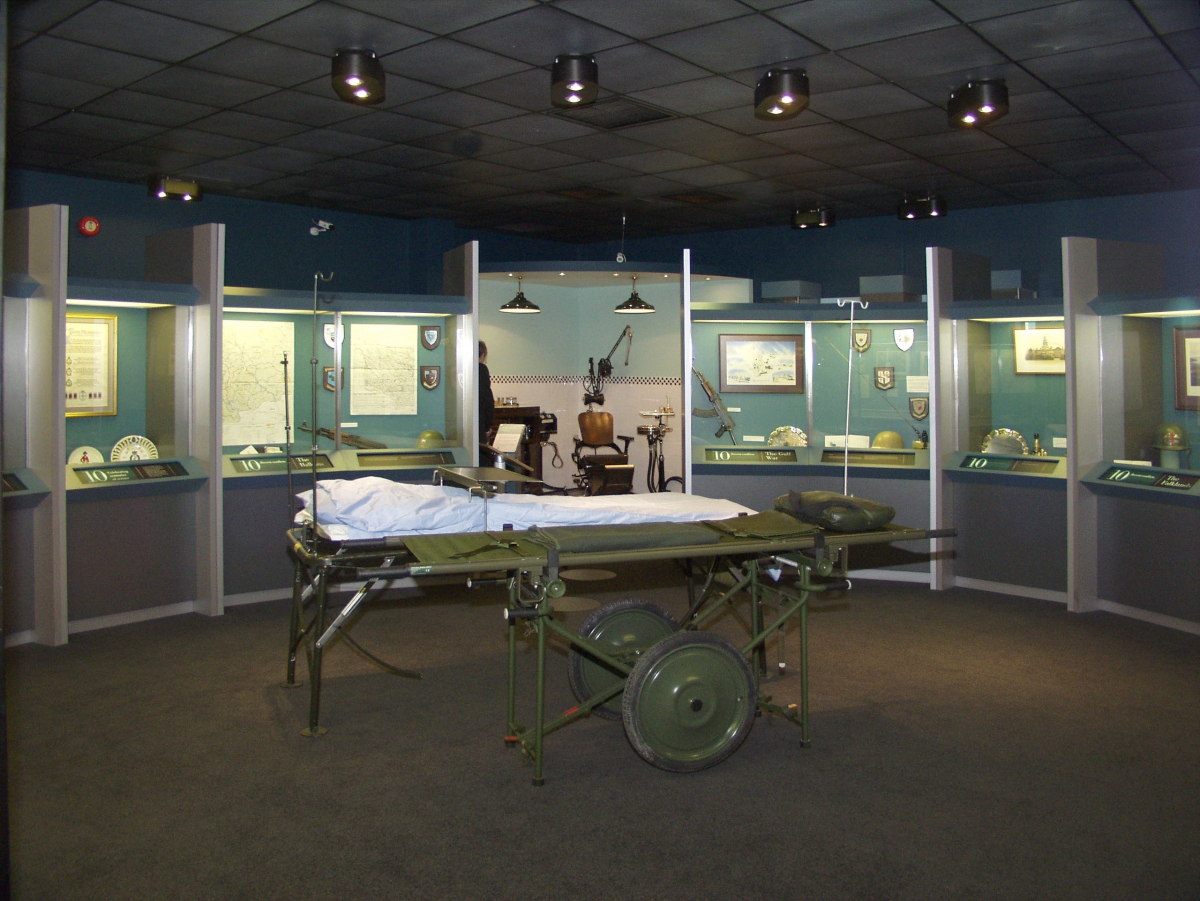 The project involved creating a journey that delivered a visitor experience, leading the viewer through the various ages and countries in which the Corps have served. Dioramas were introduced to depict scenes such as the Crimean War and the muddy trenches of World War I, helping to bring to life the story of the medical services. Whilst Project Advertising and Noel Bennett were responsible for the interpretation design, Envisage manufactured the displays and dioramas. The scope of work involved producing some new cabinets as well as the adaptation of existing units to create a unified look across the space. Envisage were also responsible for the printing and finishing of the graphic panels. Our team of cabinet makers and display dressers installed the whole project over an eight-week period.

Museum Curator, Captain (Retd) PH Starling, had the following to report “The work involved a total redecoration of a large empty building and then bespoke construction of display cases and dioramas. This they did under the close eye of not only the project team but also inspectors from HLF. The project was finished on time to the highest standard and with very few problems, if any. I would highly recommend Envisage”.

See more images from our fit-out: